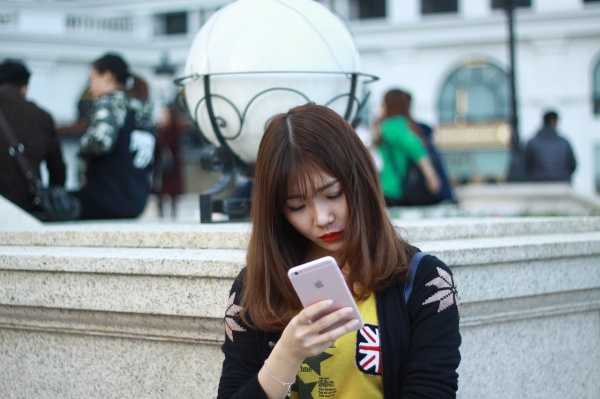 Yes! You got his number, so let the flirty texting games begin. As eager as you may be to start popping of winks and smooches, the odds may not be in your favor yet. But you can rise to the challenge of getting him hooked. By following these tried and true steps, you can get the apple of your eye to chase you over text messages.

1. Have him message your first

Men love the thrill of the chase. They always have, ever since humankind was dwelling in caves and sharpening spears out of branches. Do not initiate communication through text, because that will make you look desperate for attention. Plus, it messes with his instincts.

Even if you think you are just being friendly by sending the first message, it can send a better of misinformation to him. So practice patience and realize that first text from him may take quite some time.

Text ratio is important. Nothing is more annoying than typing 1 message and getting 70 bazillions in return. To a guy, your steady stream of consciousness through text screams, “LOOK AT ME. LOVE ME.” Try to shave off all unnecessary commentary and keep the ratio 1:1.

More: 5 Types of Men You Should Wait For No Matter What

Aside from trying to not pelt his phone with message after message, you need to be sure those messages are short and sweet. While you might want to tell him all about your day, who you spent it with, and how annoying it was to have other guys staring at you – do not give into the urge. Long texts equal high maintenance. Men are wired to do the “too-long-did-not-read” function.

Second, always cut the conversation short. If the chat seems to be getting pretty heavy, lasting about 30 minutes, keep him interested by cutting him off. “Gotta run. Talk to you later,” will leaving him thinking about you and the interaction for quite some time. He will also ponder what made you have to leave so suddenly. Do not worry about hurting his feelings. You are feeding the addiction.

“Omg, I got pizza today!” may seem like a cute way of letting him know you are thinking about him and the unfortunate circumstance of him being without you and said pizza.

But in reality, he does not care. At all. In fact, it makes it obvious that you cannot stop thinking about him. This reverses the object of the game: to be an elusive butterfly worth chasing.

So to make it clear: avoid messages about manicures and pedicures, haircuts and trimming, clothes shopping, and generalized ennui.

Some situations may come up where you just want to flood all your passion into the power of the text and get uber girly. Avoid the cutesy stuff. Be you. For example, if he sends you a message that is obviously probing your taste in men, like: “I think I am just too nice.” You should never respond with, “Yeah, you seem like a nice guy. I like nice guys.” Puppy dog much?

A better response would be: “What a shame for you, since most girls only date jerks.”

Why does it work? First, he was not expecting that response. Second, it is not a boring reply that most girls would give. You gave him something new, something striking.

Another example is when he messages something like, “I am dressing up for you tonight.” Although your brain might be mush at the prospect of how amazing he is going to look, snap back with, “But I thought I said we were going mud wrestling tonight.”

Playful jabs and jokes that come from the heart play into his need for a girl with a good head on her shoulders.

More: Never Let Him Walk All Over You

When it comes to getting a guy to chase you over text message, it is all about being cool, calm, and concise. Avoid the urge to turn into a crazy, texting psychopath just because your crush has given you his number.

Remember, guys like down-to-earth females who can keep up rolling with the punches. A little flirting never hurts, but do not give all of yourself over text messages.

6 Reasons to Be Proud of Your Straightforward Pers...