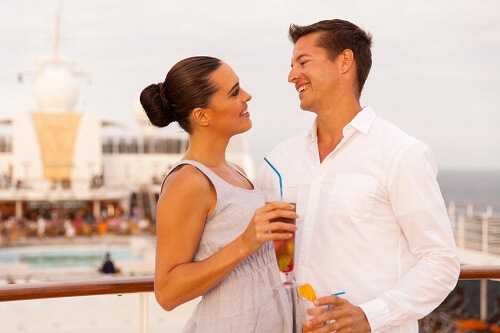 We, women, can sometimes bring troubles into men`s life. Although they may become angry with our behavior, there are plenty of situations where we act rightly and they admit that soon. Guys often can`t deal with their problems or just don`t want to do anything at all. When a man don’t won’t to put effort into a relationship, it`s time for a woman to interfere. Of course guys don`t like to be told what to do, but if we don`t help them, the relationship won’t be successful. We keep them ticking in life and sometimes our methods are regarded incorrectly. Don`t worry about that. Sure, you don’t want to be a bitch in his eyes but not everything that men don`t like is useless indeed and here are those traits guys consider bad that are actually great:

Do you often lose your temper? Your man probably always tries to calm you down before the emotional explosion and your anger makes him think twice before doing something. Don`t restrain your sometimes bad temper, it`s okay for a woman to go crazy but when she never does that`s a problem.

Girls irritate their partners with complaints, it`s true. But only a few know how to make a complaint useful for you. Yes, we can get what we need by complaining. The main point is to learn how to do that in a correct way to make a man provide you with what you need without making him angry.

It`s rather hard to cope with people who knows everything. But on the other hand, it means they have enough strength and ambitions to declare that they need no advice from anyone. Your boyfriend probably wouldn`t appreciate your knowledge, but you should be proud of yourself. You are smart, confident and you are able to give valuable advice to anyone, including your partner.

Aggressive women aren`t popular among guys. Men wants women to stay gentle and sweet. But men can think you`re aggressive when in fact you`re assertive. They often confuse these two traits. If there`s a possibility to get what you need, go ahead and reach your goals. If your partner doesn’t support you, then maybe it’s time to say goodbye to him.

Men are afraid of confident women. Confident women know what they want, what they should do and how they should act. Confidence is actually a great trait to have and there`s no doubt that women can also be good at something without male`s help. Many people are trying to boost their confidence, and if you don’t need to do it – be proud of yourself.

This trait men hate most of all. The problem is, guys believe only they can be bossy and women should be humble. But times change, and so has the role of women in the society. Many women become leaders and successful entrepreneurs, which is why many have a trait of being bossy. If you feel like you always need to tell your man what to do or where to go, it doesn’t mean something is wrong with you, it means your man has no willpower.

Selfishness isn`t always bad. It`s terrible when you don`t care about anyone except yourself, and when you are not interested in building a happy relationship. Following your dreams, though, isn’t selfish. Gone are the days when the only women’s responsibility was to raise kids and be a good wife. You probably have many life, career and travel goals that you have a full right to reach.

More: Do More, See More: Why You Should Follow Your Dreams

While most men don’t like these women’s traits, you shouldn’t get rid of any of them. Be wise and don`t take your partner’s disagreements personally. Better stay yourself, patient and strong. When a woman changes herself to please a man, she will never be happy and successful in life. Do you think any of these traits can ruin your relationship?

7 Things You Should Never Take Personally 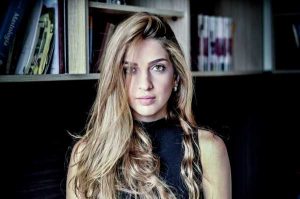 6 Reasons to Be Proud of Your Straightforward Personality