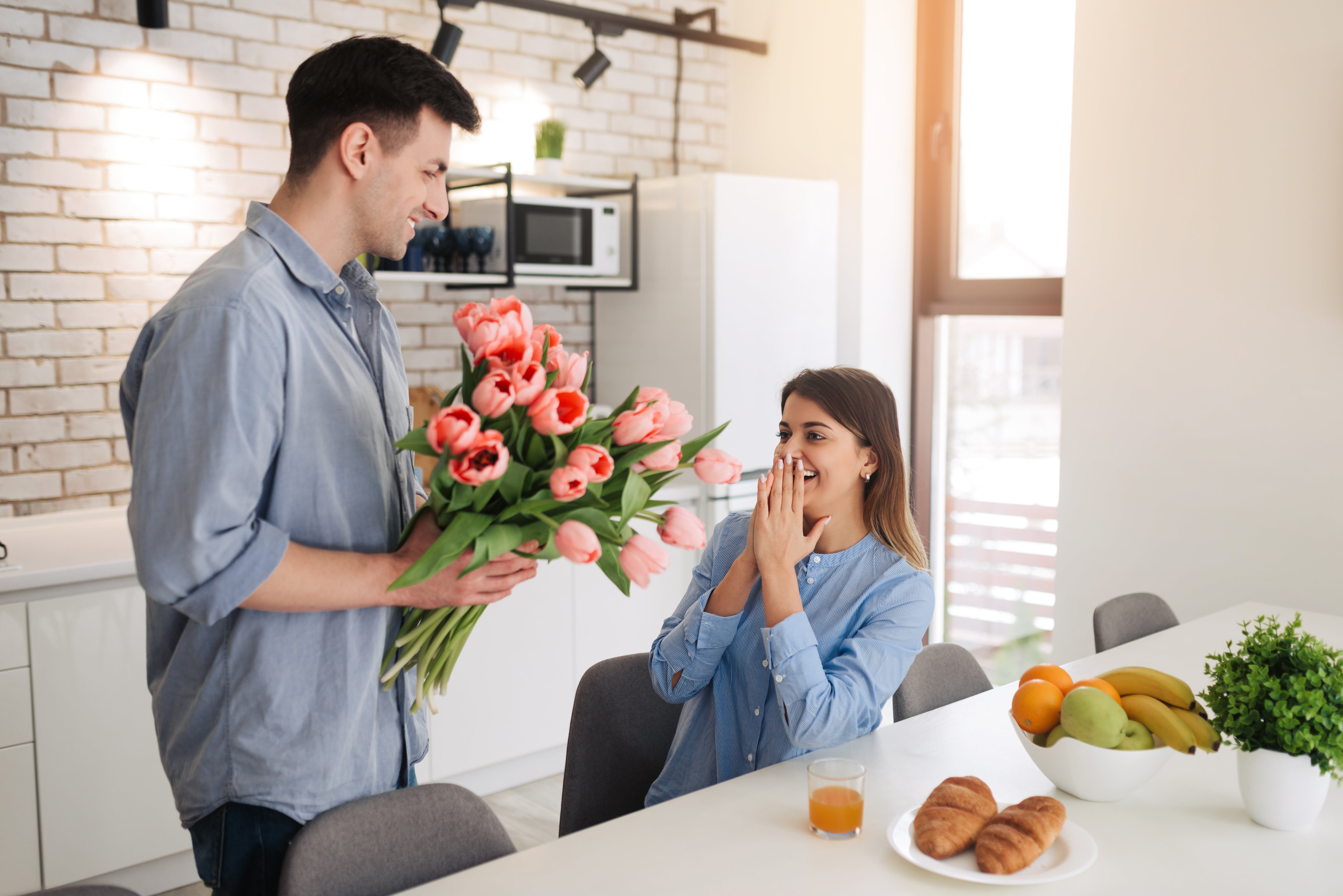 What is the difference between a guy and a real man? Is it his beautiful body and face or the size of his wallet? Or maybe it`s the number of women he can make go crazy about him?

In fact, these things mean nothing but the way he treats you and himself really matters. A real man isn`t afraid to make his woman happy and here are the things he`s always ready to do for her…

It often happens so that a man can be single for a long time. There may be a long-lasted break from the relationship so he may forget how it`s to be with someone you love. However, it`s not a reason to feel diffident when he meets a woman he likes. If he realizes that this woman is the love of his life, he should be brave enough to ask her out on a date and to make her a happy wife in the future.

Women can cry and everyone knows that but why men can`t? Showing emotions is natural and a real man isn`t afraid to do that when it`s needed. Everyone encounters serious problems in life like being fired or feeling disrespected, for instance.

Thinking that only women can spill tears out is silly because men also suffer from negative emotions and they can cry not only at funerals. Hiding emotions is unhealthy and can cause serious mental disorders.

3. Say he loves you in public

There are shy guys and some of them don`t like to speak about private life in public. Even though it`s not obvious to shout about your relationship to make everyone around listen to you, your boyfriend shouldn`t be afraid to say he loves you in public. If he hides your relationship from his friends and family, it means he has no serious intentions. A real man is always ready to show everyone that you`re a happy couple.

More: Are You Dating a Womanizer?

4. Do some feminine things

Nowadays gender doesn`t mean as much as it was earlier. Your guy shouldn`t try to seem like he`s interested in men`s activities only and doesn`t care about those shows you want to watch together.

If he likes to dance, why not do that with you? If he likes to wear bright juicy colors, why can`t he let himself do that? A real man always does what he wants and doesn`t worry about what others think about it.

Dishwashing, cooking, house cleaning, and babysitting shouldn`t scare your boyfriend. If you earn money while he takes care of your child, it`s totally okay. Sometimes we may exchange our life roles with a guy when it`s needed for comfortable living. If he really loves you, he wouldn`t care about what he should do to make your life better and if he has to be a mother, he will be a mother and a real man at the same time.

6. Listen to your opinion

Yes, a man should be confident and make crucial decisions himself. However, it doesn`t mean he shouldn`t listen to his girl`s opinion. A man is the one who accepts his woman`s worldview and asks her to help when it`s needed.

He shouldn`t decide everything without you because he shares life with you. He needs to make you feel equal and he shouldn`t be afraid to show everyone that your words mean a lot to him.

Guys tend to think that being romantic isn`t a trait of a real man. Even though your boyfriend may like to make some romantic things for you, he may be afraid to be judged by his friends for this “soft behavior.” But a real man is always ready to do something pleasant for his lovely girl and he doesn`t pay much attention to others` points of view about those sweet deeds.

Being always ready to fight with anyone isn`t the thing that makes a real man brave. Being really courageous means being ready to make your dreams come true. Whether he wants to become a famous writer or a singer, he shouldn`t be afraid to follow his dreams. When a guy tries to do everything to become happy, he makes his woman happy as well.

A real man isn`t all about having a perfect shape of the body and manipulating his girlfriend. He is sensitive, romantic, strong, and confident at the same time. He`s not afraid to show everyone that he loves you and he always does everything possible to make you happy even if he has to neglect some principles.

If you realize that your boyfriend isn`t ready to take advantage of your relationship the way you want, he`s not the one you`re looking for. Try to find a real man who`ll treat you like a queen and help you become a better person at the same time. What other traits of a real man do you want to see in your boyfriend`s character?

How to Be a Good Kisser