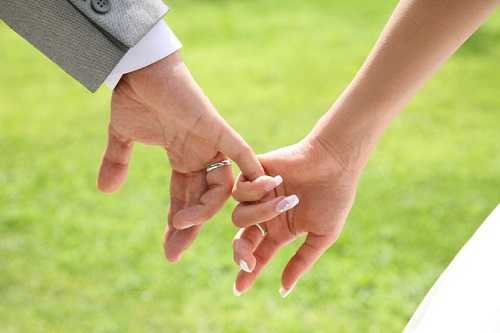 Getting married for money is one of the most terrible reasons why people get married. I know, marriage is deeper than romantic love and selecting a partner with the same financial habits and goals is actually a great idea. But marrying for financial stability is a really bad idea, ethically, morally, and statistically.

This may seem for the moment that marrying the father of your child, especially if you had your child out of wedlock, is a great idea, but this is actually one of the terrible reasons to get married. I’m not saying that the man may not make a good father, but he may not be a good husband. If you think that the marriage can make him into a good husband or father, unfortunately, it won’t.

3. To please the family

The first time I married to please my husband’s family. His parents pressured us to get married because they thought it’d settle his son down. But it was a total misery! Making major life decisions with the purpose of pleasing other people means putting your own happiness and interests on the back burner. And this is a terrible reason why people get married!

You might think that it’s time for you to get married and have the children, but this is another worst reason to get married. Man is more than a potential sperm bank! Think of your man as a partner, as the father of your child, and as your husband once your child is grown. If your man doesn’t fit this formula, then you might be rushing into marriage for the terrible reasons.

5. For the dream wedding

You might be planning your dream wedding since childhood, and you want to have your wedding as fast as possible, but do you think about your married life and the future? It’s no good if you spend so much time daydreaming about the glittery head-piece you’ll wear, and the invitations you’ll send. Maybe you want the wedding more than the marriage.

Even if you’re lonely and desperate, you think that you are meant and destined to live alone forever, it’s not a reason to marry a man you don’t love just because you are afraid to be alone. I agree, companionship is very important, but just imagine how sorrowful it would be to meet the man of your dreams after you are already married.

If you think that your man will settle down and change once you are married, think once again. Everybody makes some practical changes when they are married, but often their personalities and habits don’t, no matter how much you wish they would. If you marry man hoping he will change, it will be a set-up for disillusionment.

These are some bad reasons to get married that will make the marriage most likely to burn and crash. However, we should remember that every relationship is different. Everybody dreams about happy marriage that will last forever. Which of these reasons puts you off the idea of marriage? Do you know other worst reasons to add to my list? Share your thoughts, please!

8 Obstacles When Dating a Foreigner