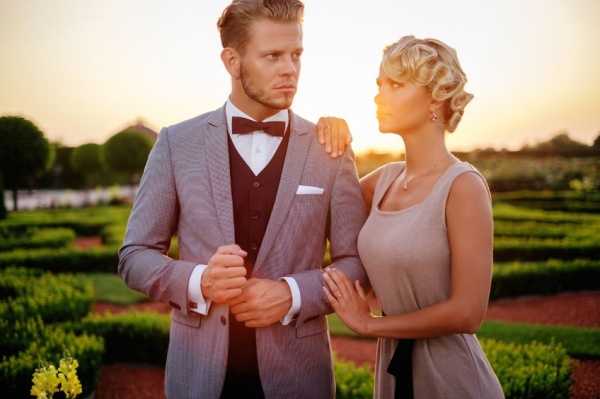 Let’s face it: independent men drive us, women, wild. Often, it feels like love at first sight. His rugged spirit and dogged determinism are more than enough to sweep you off your feet. Combine those qualities with the emotional maturity, responsible nature, and manly aura needed to get things done in this world, and you have got a heartbreaker on your hands.

But be careful. Those emotional highs are guaranteed to come with some devastating lows if you are not careful. You have to keep your head on your shoulders next time you find yourself in the company of an independent man. Knowledge is power, so read on for seven things you need to know about dating an independent man.

1. He has many irons in the fire

Women tend to go through a predictable cycle when they first start dating an independent man. In the beginning, they are seduced by his lack of availability because it adds a quality of mystery and suspense to the relationship. However, as the two grow closer, a woman starts to wonder why he never seems to have time for her. Her curiosity turns too long.

This might be the hardest part about dating an independent man, but remember that what drew you to him in the first place was his relationship with the rest of the world. His lack of availability has not changed if the time you do spend together is still intimate. The best remedy for this one, aside from remembering that he is as dedicated to his own projects as he is to you, is to become a little more independent yourself.

I know it seems counter-intuitive, but opposites attract for a reason: they help each other grow. Perhaps your growth path is to learn to strike out on your own if you have not already, and maybe that’s part of what drew you to this independent man in the first place.

2. He will not cheat on you

Women are so used to needy and manipulative guys these days that if he is not always around, we start to worry that he has found someone else. Worry not! One of the best things about an independent man is his integrity. If he is truly an independent man, he’s probably not cheating on you. Rather, his lack of availability is most likely due to his many commitments in the world of work.

More: 11 Signs Your Boyfriend is Cheating on You

3. Sometimes he is afraid to ask for support

An independent man has learned to toughen up so he can get by in this chaotic world. That rugged exterior is one of his attractive qualities. However, as time passes, you will find that it gets a little old. You want to know the real person behind his persona.

The problem is sometimes independent women do not know how to ask for help. That’s where you come in. As his partner in crime, you are the one he looks to for emotional support, even though he may never say it aloud. So, if he seems down, or stressed, or worn out, be there for him. Over time, he will learn to temper that hard exterior with some more expressive displays of emotion.

4. He likes to be the breadwinner

An independent man often shows his love and affection by providing for a woman. You might be an independent woman yourself, but if you want to make things last, you need to let him treat you every now and then.
He works hard so that he can create a good life for himself and those he loves. Once you are in his circle, expect to have your material needs to be met. Remember, this is not a form of manipulation. It is an expression of love, passion, and care.

5. His family has shaped who he is

Independent men are portrayed as self-made. This is true to some extent, as they work hard to achieve success. But do not take his origin story at face value. An independent man is uniquely driven because he is from a unique family system. Maybe he had a lazy dad. Or, alternatively, maybe his dad demanded too much from him. Maybe his family struggled, and he wanted to rewrite a legacy of the financial burden.

Whatever his story might be, you should find out before you get too close because you are going to get pulled into it. That’s just a reality of deep intimate relationships. Sure, independence is great, but you have to know where it is coming from. Choose wisely.

6. He is a king in search of his queen

Sometimes it feels impossible to get into an independent man’s circle of priorities. He is very selective. An independent man has big dreams. He aspires to be a king in this world, and he is looking for his queen. If he seems aloof in the beginning, it is because he is testing you. He wants to know if you have what it takes to be with a man who has priorities in life.

More: 8 Dating Rituals That Only 80s-90s Girls Can Understand

7. He has got experience beyond his years

Maybe he is a young man by society’s standards, but an independent man has adult priorities. He usually knows how to stand up for himself and how to get things done. He has likely worked hard for his position in life, and he will likely continue to work towards advancement throughout his adult years.

An independent man seeks recognition of his maturity in the woman he chooses. If you want to get close to your independent man, you need to acknowledge his accomplishments and personal growth. It is a paradox, but only then he will reveal his sensitive side to you.

There you have it, the seven things you need to know about dating an independent man. They seem simple, but they are so easily overlooked. If you are into independent men, take stock of these seven pearls of wisdom and see how they change your relationship for the better. As you get to know your independent man in ways he might not know himself, you will likely find an increase in intimacy and trust from both sides of the relationship. Cheers! 7 Best Things That Come Out of Bad Dates