Almost all women at some point in their lives have thought of the worst ways to break up with a man. The breakup process is always uncomfortable and awkward no matter how you go about it. One of the best ways to tell him that you can’t be with him anymore is to sit down face to face with your boyfriend and be kind and honest. Check out some of the worst ways on how to break up with a man, and never use any of them.

Avoiding your boyfriend is not the best way to break up with him. It’s really rude and confusing to him, and it will just cause a lot of problems for you in the long run. He doesn’t know why you have suddenly stopped returning his texts and phone calls.

This can end up resulting in near stalker-like behavior with 30 calls daily, numerous text messages asking if you are mad at him and proclaiming his love, and glimpses of his car driving past your home many times per week. It’s in your best interest to openly tell him that you dump him.

Having his friend or your friend break up with him for you can leave you both without a sense of closure you need to go on with your life. He’ll desperately try to get answers to his questions from said friend and you’ll be left with things you wish you’re able to say to him. Moreover, it will make things awkward next time you happen to meet him. If you want to break up with your man, it is better to do it yourself.

Nowadays most of us use our mobile phones for everything. Texting is great because you can do it in a noisy place without everybody around you hearing your talk. It’s much easier to have a text conversation than a face-to-face one because you are not directly confronted with his emotions. Sending a text message may seem like an easy way to tell the guy that your relationship has become a nightmare, but dumping him via text message is one of the worst ways you should never choose to end a relationship!

4. In a public place

You may think that breaking it off in public would make things easier for you. You’ll be less likely to get visibly upset and he’ll be less likely to cause a scene when there are other people around to hear and see him. But, don’t think that just because you’re in a public place you can successfully stop your boyfriend from making a scene.

Often strong emotions can’t be stifled regardless of how many other people are around. Breaking up is something that must be done in a private place.

It’s difficult to be the one to end a love relationship, even when you know it has gotten worse. It’s also hard to realize that you will break his heart. But it’s important, to be honest with your guy and end a relationship when you know it is over. Don’t force his hand by being as obnoxious, moody, and mean as you can until he finally breaks up with you because he has had enough of your behavior.

Another worst way to break up with a man is cheating on him. A woman who cheats tries to justify it to herself by saying she knew the relationship was over, and she just couldn’t help falling in love with the other man or her needs weren’t being met by her significant other. There are many reasons to leave a relationship, except cheating. If you know that your relationship is over, you should end it before you start dating another man.

It is okay to change your relationship status on social media sites after your break up with your boyfriend. But, it should not be used as a way to inform your guy that you break up with him. This is one of the worst ways to dump a man.

7 Ways to Improve a Bad Day 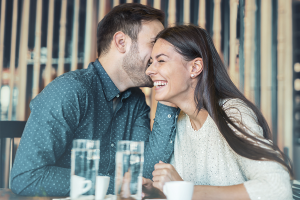 8 Ways to Mend a Relationship After Break-Up 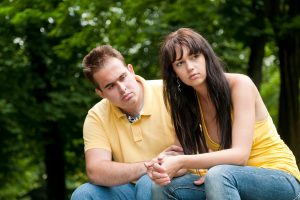 How to Save the Friendship After a Romantic Relationship Breaks Up 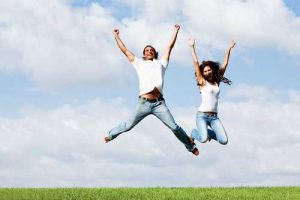 7 Things You Can Do to Make a Break Up Easier