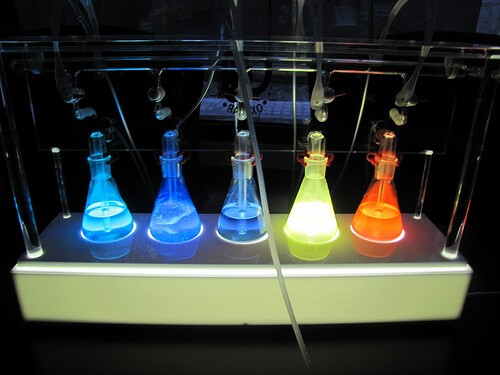 Traditionally, going to the bar implies a certain series of events involving inebriation and a loosening of judgement. This outdated model inhibits a multitude of individuals from enjoying themselves and accompanying their peers on social outings due to a lack of desire to consume alcohol. Furthermore, many who would, otherwise, be interested in these events may refrain for reasons of health.

However, in the increasingly cyberpunk reality society has chosen to inhabit, there are an entirely new breed of public gathering spots for mood-altering consumption and open discourse: the oxygen bar. Offering mixtures of non-medical grade oxygen and various scents, including aromatherapeutic ones, containing more than triple the oxygen of standard air, oxygen bars are safe, legal, and clean alternatives to frequenting the local pub.

Breathing oxygen extracts can reduce stress and boost energy. Some regular users say it helps them sleep deeper and wake up more refreshed. This casts a stark difference between oxygen bars and alcohol bars, which tend to leave drunken patrons with increased stress, diminished energy, restless sleep, and uncomfortable mornings.

More: 7 Tips for Calming Your Nerves and Releasing Stress

Another awesome advantage for oxygen bars is their sustainable replenishment. By taking advantage of NASA filter technology, oxygen bar owners need never pay for oxygen refills thanks to the chemical’s atmospheric abundance. Stripping unwanted pollutants, as well as elements present in ambient air like nitrogen and argon, these filters allow for low overhead and reduced prices when compared to other business models.

The end product is also considerably more pure than the sludge of cheap well drinks and domestic light beer being pushed on self-destructive customers at a traditional bar. Even the aromas mixed with the clean oxygen are fabricated using only safe, water-based, natural elements like eucalyptus, lavender, and peppermint. Without worrying about the damage being done to their body, patrons are free to breathe and enjoy the patently unique experience of an oxygen bar.

Everyone breathes. It’s a habit and a part of the human experience. Even still, as civilization moves into the future, new innovations allow for this classic aspect of human existence to transform into an entirely new activity engaged for enjoyment rather than survival. More so, by setting a superior stage for social interaction and collegiate conduct than traditional alcohol bars, an oxygen bar is an excellent escape from the mundane.

7 Women Who Changed the World