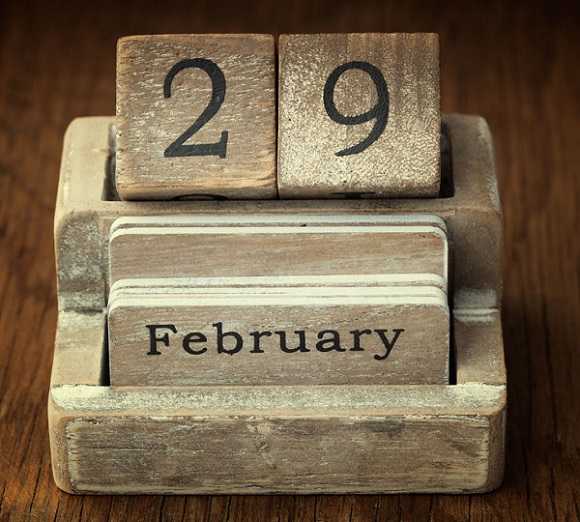 This day is necessary to keep the calendar year synched with the astronomical year. It is a prominent day that is known for its astonishing and mysterious events. Here are some of the most jaw-dropping facts that will make you reconsider your relationship with that extra day of the year.

1. Birthday and death on the same day

Sir James Milne Wilson who was Premier of Tasmania (1869 – 1872) was born on February 29, 1812 and died on the same day in 1880. Could you imagine this coincidence? It was not so surprising if we talked about the ordinary year.

Astrologers claim that a person born under the sign of Pisces on February 29 boasts unique skills and talents. They have different traits and their mindset is totally unpredictable. Well, I personally cannot approve this fact because I know nobody who was born on February 29, and you?

3. The chance of being born on February 29 is very low

Some sources say that the chance of being born on February 29 is 1 in 1,461 while others claim it is 1 in 1500. Either way, the chance is very low. No wonder, people born on a leap day have unique personality traits and talents.

However, in some countries celebrating a birthday earlier is a bad luck so March 1 is their perfect day. In China, though, the legal birthday of a leapling is February 28 and in Hong Kong is March 1. Perhaps, it must be a personal choice only.

During Julius Caesar’s reign, February had 30 days while August had 29 days. But when Caesar Augustus became Emperor, he decided to add 2 days to August (perhaps because it was his month) and February became shorter.

In Ireland, February 29 is a traditional holiday when a woman proposes to a man. The question is, why to wait 4 years to propose your boyfriend if you can do it any day? In 1288 Scotland had a law that allowed women to propose men. If men refused, he had to pay a considerably high fine.

When it comes to Bachelor’s Day, a romantic comedy Leap Year comes to my mind first. This movie is about a girl who travels from the US to Ireland to propose to her partner. It is guaranteed to make you laugh and cry at the same time.

February 29 deserves its place in our calendars, so let’s respect and love this day just like we love the other days. Whether it is your extra working day or it is just an extra day for fun, enjoy it to the fullest. Do you know any other facts about February 29?