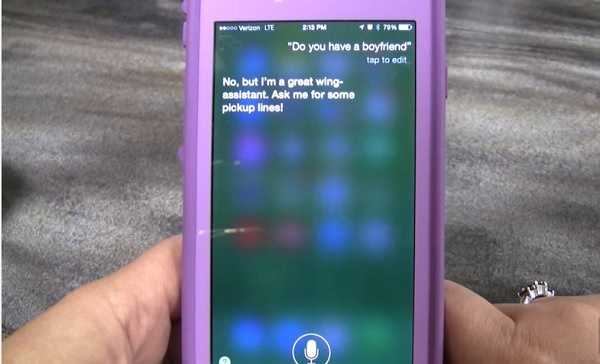 When you feel bored and believe nothing can boost your mood, turn to the Apple voice assistant. Siri tends to respond in a funny and weird way, but this is what makes it so popular among iPhone users.

Siri is becoming smarter and smarter and it is not easy to get a funny response for your hilarious questions. After spending a few hours on YouTube, here is what I found. These questions seem to be simple, but Siri’s responses will surprise you and make you burst out laughing:

Didn’t it make you talk to your Siri? Talking to the Apple voice assistant is silly, but sometimes silly things are worth trying. What questions do you like to ask your Siri? Let us know about the most hilarious ones in the comments.

9 Things to Throw Away to Boost Your Health