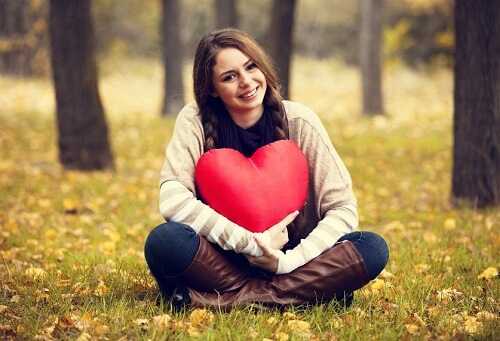 Do you really think you know women? For centuries men have been puzzled over a woman’s nature. Even now, in the era of investigations and technology, when the Internet is teeming with facts and statistics, men are still guided by ridiculous stereotypes and misbeliefs.

Women are believed to be the weaker sex and the most romantic creatures globally, but do you credit all this stuff? Read on to learn the 10 most widespread misbeliefs about women.

The statistics claim that women’s earnings tend to be 30 percent lower in comparison with their male colleagues. Men are viewed as better workers. Thus they receive a higher salary. In reality, women proved to be unsurpassed professionals in most life spheres, which aren’t connected to great physical activity.

Moreover, women are recognized as more responsible and active workers. The fact that women are in charge of housing and children’s upbringing, while men are almost always breadwinners only, is also important.

Even if your girlfriend is a profound and confirmed feminist, this statement has little in common with the truth. We never want to be treated like we can fix the furniture or a car. Women say that they want equal treatment to show that they can manage many things independently.

They can manage, but they don’t really want to! Women still expect to be treated with courtliness and to be looked after! We hate telling you that, but such an attitude makes us feel special.

3. Women are afraid of pain

The truth is that women are much less sensitive to pain, and they have a much higher pain threshold. A female body contains a higher concentration of analgesic agents, which allow women to survive labor pain.

Throes of childbirths cannot lead to fatal changes in their cardiovascular and nervous systems. Plus, women are less likely to faint at the sight of blood due to certain peculiarities of their physiology.

This is an utterly interesting fact. Women tend to display usual IQ scores; they have neither extremely high nor low results. Experiments show that female students have an insignificant difference in points, while male students have the highest and the lowest points.

As a result, women have a higher average intelligence index. While most geniuses in this world are men, many women are geniuses as well.

Men are known to be utterly visual creatures. That’s why we spend 2 hours in front of the mirror and wear all those pink dresses, heels, and makeup. Yes, sometimes we do love it. But we find jeans, flats, and a ponytail much more comfortable.

6. Women are the weaker sex

Women are certainly the weaker sex, but they get through life’s troubles easier. They have great willpower, endurance, and stronger mental health.

Women are less affected by enduring hunger and thirst, temperature drops, and radiation. Moreover, women are more resistant to infectious diseases and anomalies during prenatal development. This is the actual reason why most long-livers are found among females.

The fact is that men are more interested in the physical side of the relationship, while women need close emotional connection. That’s why women are believed to be concerned with monogamy more than men.

However, from an evolutionary point of view, polygamy is much more convenient and beneficial exactly to women! In a polygamous relationship, women can choose the most successful, powerful, well-to-do, and healthiest male who can guarantee healthy posterity and security.

8. Women are victims of domestic violence

This is another deep-rooted stereotype. The percentage of men assaulted by their girlfriends or wives is significantly higher than thought. The problem of domestic violence is viewed as male perpetrator/female victim, but the statistics show another data.

Nowadays, up to 40 percent of males are victims of spouse abuse. However, the problem is almost always neglected by police, social organizations, and the media.

When asked what features are most important in the spouse, men and women rate physical appearance differently. However, both males and females consider attractiveness as a significant thing.

Every girl has an ideal image of a spouse in her mind, but the real guy should not necessarily correspond to this image. Women always appreciate neat, well-groomed, and well-mannered men.

Do you remember what Ryan Gosling says in Blue Valentine? ‘I feel like men are more romantic than women. I mean, they spend their whole life looking for Prince Charming, and then they marry the guy who’s got a good job and is gonna stick around.’ Yes, we don’t care about romantic stuff that much.

Numerous romantic comedies and romance novels imposed this misbelief. Surprisingly, but women are not concerned about romantic issues like men.

Yes, men often forget the date of your anniversary, they don’t remember about the most important holidays, and they buy gifts at the last moment, but males have a more romantic outlook. Guys also eagerly believe ‘in love at first sight. Women, however, tend to have a more realistic and practical mindset.

Sure, you cannot apply all the points to a particular woman since a person can hardly come under a rough classification or category. I just tried to show that men should not base their conclusions on common stereotypes and misbeliefs about the opposite sex.

The aforementioned facts are typical for women, but every individual requires a unique approach and treatment. Do you agree with this list?

Things You Need to Know about Ebola