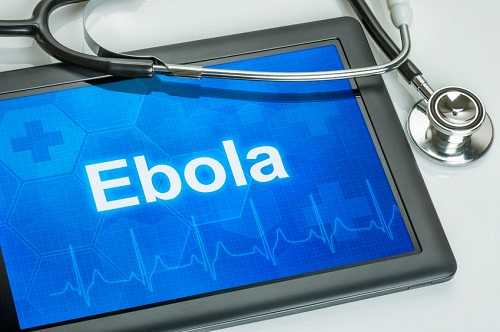 Now that there have been a few confirmed cases of Ebola in the U.S., the fear of Ebola is palpable: it’s all over the news, social media, and on the top of everyone’s minds. It’s concerning that people who are very knowledgeable on the disease, like the doctor who was recently diagnosed in NY, who has been over in Africa working with victims of Ebola, didn’t follow the guidelines to protect those around them. It is even more important for you to know the risks of exposure, what that actually means, how to protect yourself, and your ACTUAL risk!

Very simply, Ebola is a virus that is very severe and most often fatal in humans and some primates, which first showed up 1976 in the Democratic Republic of the Congo. When the first outbreak occurred, the virus was not understood and it shocked the world of medicine, yet the virus was contained and treated. Ever since then, there have been smaller outbreaks on and off in various parts of Africa, allowing the world of medicine time to study the virus, learn the symptoms, and create treatments.

What is considered an “Exposure”?

I keep hearing from people, “how do I know if I have been exposed?” Because Ebola is transmitted by direct exposure to body fluids such as blood, mucus, vomit, stool, or saliva from an infected person, for the most part, outside of being a healthcare worker, you would know if you have been exposed. The good news about that is you cannot be exposed merely by walking near a person who is infected, you would actually have to come in contact with some form of bodily fluids.

That being said, the reason why there are so many more exposures in African area hot spots and a high rate of transmission is due to a lack of personal protective equipment (face masks, gloves gowns, etc when caring for infected persons) and the lack of knowledge of all facts about Ebola. For example, many do not know that the bloody fluids of infected persons can transmit the virus for up to 61 days after they have passed away (which is a very scary thought.) Many times in the smaller African villages, these patients are cared for my family members when they first become ill, and without knowing they are infected with the virus, the family members then become infected…and thus the infectious cycle begins!

What should I do if I have been “Exposed”?

Immediately wash the area, if you have visibly been in contact with body fluids, using antibacterial soap and warm water. Contact your healthcare provider or the Center for Disease Control (CDC) to report the possible exposure and follow the directions that they give you. As we are learning more and more about the virus and it’s transmission, the CDC is updating their suggestions for prevention and treatment. They do suggest that all people with possible exposures should be quarantined for 20 days in their homes, check their temperatures twice a day for any changes, and if there are, go to a medical center for treatment. Once in hospital, you can be tested for the virus, and while the tests are in progress, you will be quarantined within the hospital to limit any other possible exposures. If your test is positive or you have any of the symptoms of Ebola, you will be treated for the virus early and rather aggressively.

The best way to prevent transmission is to stay away from people with known Ebola infections and if you are caring for someone with the disease, take proper precautions if exposed to their bodily fluids, as healthcare workers do and cover all possible exposed skin, including the face (mouth and eyes.)

The virus can incubate from anywhere from 2 to 21 days, which means that an infected person might not know that they are infecting others because they might not even notice the symptoms, which can be subtle. The first few days can feel like a cold coming on, and after 3 days, the symptoms become more like the flu: sore muscles, fever, headache, sore throat, and generalized weakness. Usually on day 4-5 patients then have symptoms more serious symptoms, such as bloody diarrhea, vomiting (which usually contains blood), and severe stomach pains.

The following stage becomes more intense with a visible skin rash, hiccups (from diaphragmatic contractions), and both internal bleeding, like bloody vomit or diarrhea, and external bleeding, such as nosebleeds and/or intense bruising, and bleeding vessels in your eyes. It is difficult to understand why some patients are able to recover, but most likely, the sooner you are evaluated and treated, you have much improved your chances of a full recovery. Patients that get supportive treatment early will be better off in their fight against the virus.

In every day life, as long as you have not been to the areas in Africa that have a current outbreak, you are at a minimal risk for exposure to Ebola. To prevent infection from everyday bacteria and viruses, you should wash your hands frequently, especially when around people with colds or other illness, just as you normally would.

If you go to a hospital, and you have been possibly exposed, please be honest with us and let us know! Healthcare practitioners have been well versed in looking for signs and symptoms, early diagnosis of patients, and ensuring that the patients will not infect other patients… but we need to know that you’re at risk for infection.

5 Reasons you don’t need to worry about Ebola:

1. You should not be worried about the movie ‘Outbreak’ happening. The few cases of infected people who have been treated successfully with experimental drugs, have worked exceedingly well, which is amazing in the fight against Ebola!

2. Ebola is NOT spread through breathing the same air as an infected person, so there is no need to walk around with a mask on.

3. Ebola is NOT lurking around every corner. I have seen articles about people so afraid they are walking around small towns in full body suits; that is not necessary!

4. The exhaustive media coverage will certainly keep you informed of possible case locations…and give frenzied updates until they are ruled out as not having Ebola!

5. Your risk of having a stroke or heart attack much exceeds your risk of contracting Ebola, so it’s better to spend time living healthy and leaving stress at the door, than wasting emotion and time on an infection that will not affect you. (Not intended to be morbid, just putting things in perspective!)

Yours in Good Health!

10 Effective Ways to Get in Shape This Winter