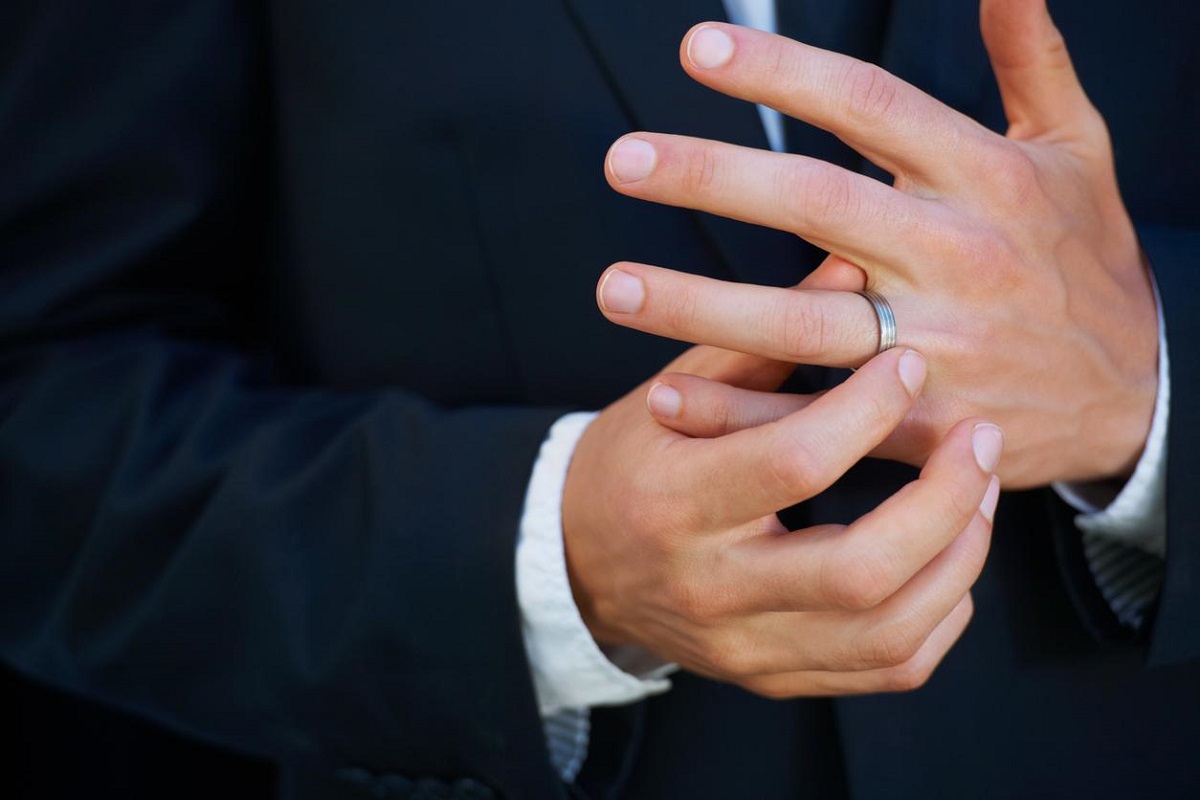 Meredith was out to lunch with colleagues when she ran into her husband Andrew, who was also with colleagues. They did a quick introduction around the circle, but as he leaned in to tell her he’d see her at home, she saw. She panicked. No wedding ring!

Believe it or not, there are some good reasons why men prefer not to wear wedding rings. Andrew’s not off the hook yet, but before she hires a lawyer, Meredith might want to consider a few possibilities.

1. Rings are easy to forget

No one who takes off their wedding ring remembers to put it back on every single time. They’re tiny little gold rings that practically disappear when viewed from the top, and if he’s busy, they’ll slip his mind easily.

2. They can interfere with activities

If he does a lot of work with his hands – playing an instrument, wood working, playing sports, typing – jewelry can be distracting and even painful. Especially during the winter time, when the air is dry and skin is sensitive and easily chapped, men might forgo wearing rings entirely rather than having to keep their hands moisturized, a personal care activity which doesn’t come naturally to them.

Maybe he’s gained or lost a little weight. Maybe his hands are swollen from arthritis or too much salt.

Maybe the ring never really fit well in the first place. In any of these cases, even if the physical change is a permanent one, men are more likely to remedy the situation by just taking the ring off rather than sending it to a jeweler for adjustment.

4. They send the wrong impression

It may be a little unethical, but it’s not the worst thing in the world. If Andrew’s boss wants him to deal with female clients or to strengthen a client’s impression of the company as youthful and vigorous, taking off a wedding ring can be a business strategy.

Perhaps he just wants to fit in more with the bachelors’ club at work. It’s not the worst that could happen.

5. They send the right impression

6. They’re in conflict with his philosophy

Meredith and Andrew may have worked out all the little philosophical differences before marriage, but did they forget about the big ones? Oddly enough, the institution of marriage is has been growing more controversial for many reasons.

Whatever his reason may be, marriage might be a compromise for Andrew. That doesn’t mean he doesn’t love her. It only means that personal and political beliefs can’t simply be thrown out with the bouquet.

It’s true that there are some reasons on this list that aren’t completely innocent, but they’re not all immediate grounds for divorce either. If Meredith is concerned about it, she should just ask Andrew. Chances are it’s nothing at all.

6 Tips for Dealing with a Flirtatious Coworker 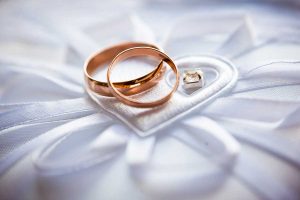