There is no doubt that caffeinated beverages are immensely popular throughout the western world. In the USA, coffee and tea are widely consumed. Many people like to start each new day by turning on the coffee machine. Caffeinated soda and energy drinks are also very popular now, especially among younger people. Some health experts are concerned about the amount of caffeine people are ingesting because of associated health risks. Others do not see a problem with drinking coffee and tea because caffeine has been linked to certain health benefits. So what is the truth about caffeine drinks?

Some people refuse to consume any caffeinated beverages at all because of the negative impact they can have on human health. For example caffeine consumption has been linked to hypertension and heart disease. Caffeine can also make a person feel unusually nervous or anxious because it amplifies the stress response. Caffeine may decrease bone density, and some evidence suggests that it’s addictive. Hence a person who drinks too much coffee may become dependent on caffeine in the same way as a drug addict becomes hooked on illicit drugs.

Caffeinated beverages are not all bad news. You may have noticed that caffeine is listed in the ingredients of many weight-loss supplements. That’s because caffeine is known to stimulate the metabolism. Caffeine makes it easier to cope with exhaustion and fatigue. It also increases memory function, reaction time and concentration. Research findings suggest that caffeine may help lower the risk of developing type two diabetes. If you have heart condition, a small amount of caffeine can actually be helpful. That’s because caffeine slows the flow of blood through the heart. Furthermore, caffeine is thought to help prevent certain types of liver disease, including liver cancer. Because caffeine stimulates mental function, it is also thought to slow the onset of Alzheimer’s disease.

Since caffeine can have both positive and negative effects on human health, deciding whether to drink it or not can be somewhat confusing. Research indicates that in most cases there is no problem with drinking three or four cups of coffee each day. Three or four cups of coffee per day will provide you with enough caffeine to get the health benefits without suffering any of the adverse effects. However every rule has exceptions. For instance, you would be wise to avoid caffeine drinks altogether if you suffer from hypertension, an anxiety disorder or osteoporosis.

4 Health Tips for Your Eyes

Simple and Effective Technique for Hiccups 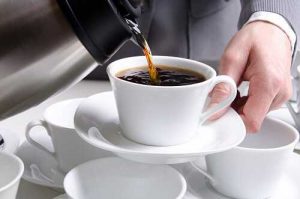 Caffeine and Your Body