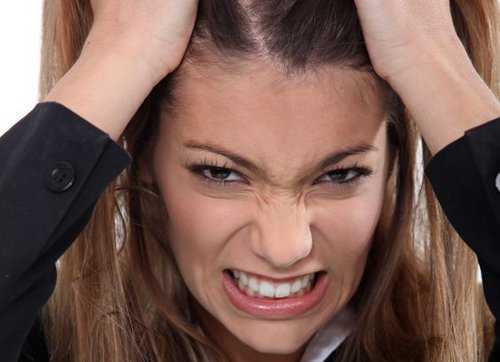 There are many ways to cope with annoying people, but most of those ways are inconsiderate, rude and selfish. But you don’t want to appear rude, right? You just need to know some tips on how to handle awkward situations with people who annoy you! It can take self-control and discipline, but once you get used to using these tips, you will be able to communicate with annoying people without feeling bad afterwards!

If you think that ignoring people who annoy you is a good thing, it won’t actually work! Ignoring them will only give them the smug satisfaction of knowing that you cannot stand them, and it won’t make them go away. Try to speak openly with him or her and don’t let them hurt you!

2. Kill them with kindness

One of the best ways to cope with people who really annoy you is to smile and compliment them! But make sure you are sincere, because many people can tell if you are being fake. Smile and say something good in return to their annoying comments. Even simply asking them how they’re doing is much better than exploding, isn’t it!?

If a person is throwing out hurtful words, they’re just trying to get your goat. You should ignore these comments. Change the subject or just nicely reply with a compliment, or act as if you didn’t hear them! Do not appear crushed by these words and try to keep a cool expression, instead!

No matter what you do, you should not lose your temper! If you lose you temper it will be bad only for you. Stay calm and remember that you can vent to your best friend or scream into a pillow later.

5. Watch your face and body language

Another important tip for coping with annoying people is to pay attention to your face and body language. If you are starting to get ticked off, it will be difficult to hide. Since some people sense it and feed off of it, try to keep a relaxed body language and neutral facial expression.

There are people who don’t take no for an answer, they just don’t pick up on subtle hints. I don’t like these types of people, but when I find yourself dealing with them, I’m very clear about my statements and requests. Be polite, smile, but stand firm. Don’t let them win!

Okay, ladies, when you have tried everything and nothing is working, then just walk away. You can even stop the person talking in mid-sentence and say something like, “It’s been really great speaking with you, but I’ve got to go. Have a nice day!” and then walk away.

There are many really annoying people in the world and some of them don’t understand that they’re rude and obnoxious. But don’t let them get under your skin! Keep these tips in mind and don’t lose your temper! Have you ever had to cope with annoying people? Do you have any other tips? Please share them.

How to Get Local Media Coverage for Your Book

4 Best Ways to Make a Good Impression on Any Edito...