To quote a stripper that had worked at one of the gentlemen’s clubs I’ve worked, “I was driving along, asking for a sign. Anything to see me through this. And then I saw [the gentlemen’s club] surrounded by lights. Hey, guess what. Now I’m stripper.” She smiled, shrugged, then continued to decorate her eyes with liquid liner.

Not many people will take the dive and join the sex industry as a stripper. Call it an easy way out if you must. I, for one, can say it is not a job to scoff at. Working as a pole dancer has actually been one of the most eye-opening experiences of my life.

A lot of people nowadays are coming to that crossroad labeled “the rock bottom” and ‘highway to hell.’ No money, no job, and no way of knowing how tomorrow might bring, they can only choose to schlep along, because no one really wants to give up.

My introduction into the realm of stripping was much like the previously introduced girl. I drove by the location a number of times after seeing an ad on Craigslist for girls, girls, girls.

Biting my lip, I dialed the number, asked for an interview, and soon found myself in the doorway. The inside was dingy carpet, cramped tables, a well-stocked bar and several off-shoots leading to ‘private’ booths that were anything but private.

There were no customers inside, only the bouncer, the DJ and a bartender, later introduced as Tara*, who was maybe two years older than me. She happily introduced me to the manager with a flourish and smile that instantly made me want to laugh.

On the other hand, the manager, Dee*, was a grumpy-looking guy with bloodshot eyes. Not knowing what to expect, I handed him a resume of all things, showing my college education and mass of exercise certifications.

Certainly not your average stripper.

Sure, Tara can teach you when we’re slow

“I can make you a shot girl. On Tuesday, you can have bar training with Tara,” Dee said, chewing on the end of his cigarette.

And me, forever the dancer, had stars in my eyes when thinking about getting my hands on that pole. “Do you think I can learn how to dance too?”

“Sure, Tara can teach you when we’re slow.”

After getting a quick tour of the place with the bouncer and meeting the DJ, an affable guy we’ll call Jay*, I was actually kind of excited to start selling shots.

On the day of, I gussied myself up, wore a low shirt and push-up bra, and some booty shorts. I arrived early and was greeted by the bouncer with a smile. Then I was introduced to the owner, Andy*, who told me that if I ever feel uncomfortable to let him know. He wanted ‘his girls’ to be happy doing what they do. Other strippers welcomed me, as did the shot girls I’d be in competition against.

My first night went a little something like this: “Hi, I’m Valerie. First time selling shots. Want to celebrate with me?” The individual – men and women alike – would look me up and down, making some kind of judgment before responding with either yes or no.

Most of the time it was ‘no.’ The bartenders, seeing my awkwardness, helped immensely. Then Andy called me over when I hadn’t sold one tray and the other shot girls were somehow on their third.

“That guy over there wants you to talk to him,” said Andy, pointing to an African-American gentleman sitting to the right side of the bar.

So over I went to introduce myself like a good little girl. Somehow I’d caught his eye. Soon he was asking Andy to let me give him a lap dance. Woah. Hey now. Was I really cool with this?

“It’s twenty bucks in your pocket for 5 minutes,” said the bouncer. “Only if you want to.”

Heck yes, I’m cool with it. But then I realized as we approached the sectioned off benches that I had no clue how to do a lap dance. The patron took a seat, looking at me expectantly.

More: 8 Lap Dance Moves That Will Drive Him Crazy

With a nervous chuckle, I cutely confessed that I was utterly clueless about this whole thing. He laughed, pulled me onto his lap, and asked me why I’d ever came into the club. My realistic issues seemed to work their way into his wallet because he had me sit on his lap three times. 60 bucks to sit and talk about life. What am I? A therapist?

How much money did he give you!

You’d be surprised with the stuff strippers have to listen to and be somewhat invested in. Family issues, financial woes, work trouble and kids. Goodness did the men love to talk about their kids.

My first night ended with the man’s wife approaching the bar, yelling, “How much money did he give you!” Then turning to him, she growled, “You said never again!”

Apparently, working at a gentlemen’s club is a lot different than what I thought it would be. I was somewhat intriguing by the breadth of people I’d encountered in just one night and found myself wanting more.

Yet, on the flip side, I felt kind of terrible for selling myself in such a way. But in this world, so many people sell themselves in some form daily – and so I too sought to gain using my feminine wiles. More experiences mean more tales!

Here is to this one, and the tales yet to come.

Names have been changed for anonymity

My Tales from the Gentlemen’s Club: Part 2 8 Lap Dance Moves That Will Drive Him Crazy 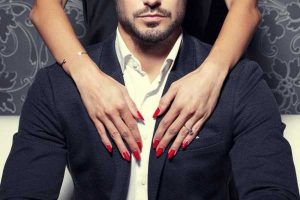 My Tales from the Gentlemen’s Club: Part 2