We often judge people without realizing it. There are people who realize it and love it. My friend says that she enjoys judging other people because it helps her boost her self-esteem and feel better about herself.

I know my friend is not the only one who loves to judge someone each day. Regardless of the reason, we don’t have a right to judge anyone.

Most people don’t notice their own mistakes, instead they strive to find and point out someone else’s mistakes. Take a look at a few of the most important reasons why you should break a habit of judging other people.

Before judging someone, make sure that you know all the facts about this person. Maybe you don´t know the whole story, you don’t know their problems and worries.

It is very important to hold off until you know all facts. Instead of judging, try to help them or leave them alone. It’s one of the most obvious reasons why we shouldn’t judge other people.

2. We are all different

If you don’t like doing something, it doesn’t mean that other people should not do it too. For example, if you don’t like tattoos, you shouldn’t tell other person that their tattoos look horrible.

If someone can’t get a diploma, it doesn’t mean that they don’t want to study, they just can’t pay for their education. We are all different and we all have different life problems. Instead of judging someone today, try to improve your own life.

3. No one is perfect

Perfectionists tend to judge every person they meet in their lives. They don’t admit their own mistakes but love to point out someone else’s flaws. It’s crucial to understand that no one is perfect and we all make mistakes every now and then.

Before criticizing someone’s actions, make sure those actions are really bad. Maybe they have some reasons to do what they want to do.

More: 8 Worst Habits of Unhappy People and How to Break Them

4. Do unto others as you would have them do unto you

Before judging someone, put yourself in their shoes. We often unfairly judge others, but hate it when people judge us. Remember the famous line, “Do unto others as you would have them do unto you”? There is true wisdom in it.

Tolerance is essential in a modern world. Nowadays people do so many crazy things that it’s hard to keep silent when needed. Cultivate tolerance on a daily basis and it will help you understand people better and judge less.

If you can’t understand someone, then don’t dwell on them. Focus on your own problems instead.

Don’t judge people by their appearance and never make fun of others. Maybe they can’t buy expensive clothes and lead a luxury lifestyle, but they may do many good deeds that other people don’t even think about. As I mentioned before, we are all different.

Some people can’t afford to buy essential foods, while others spend a fortune on the things they don’t need. Rich people tend to judge poor people, but they don’t know the whole story and they don’t know how poor people help others without expecting anything in return.

If you want to grow as a person and become wiser, you should learn how to respect other people, including your enemies. In some countries, people can’t turn their enemies out of the house because they respect them. We judge our enemies and try to make their lives miserable, but often end up ruining our own lives.

When you judge other people, you don’t define them, you actually define yourself. Do you want people to think of you as someone who judges everyone? Ask your family or friend what they think about you, and if they say that you often judge other people, then it’s time to stop being judgmental.

There are many reasons why we shouldn’t judge other people. Many of us are guilty of it, but once you realize that judging others is one of your bad habits, you will know what to do.

Do you think people have a right to judge others? Why do they do it? Share your thoughts with us.

7 Most Notable Differences between Body Mist and P...

7 Unmistakable Signs You Are a True Introvert 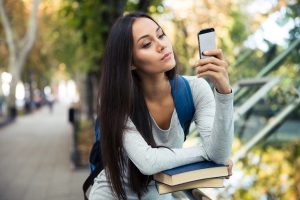 14 Most Annoying Bad Habits to Ditch 8 Worst Habits of Unhappy People and How to Break Them 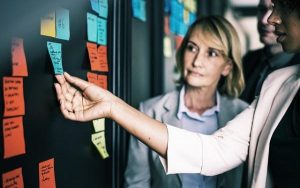