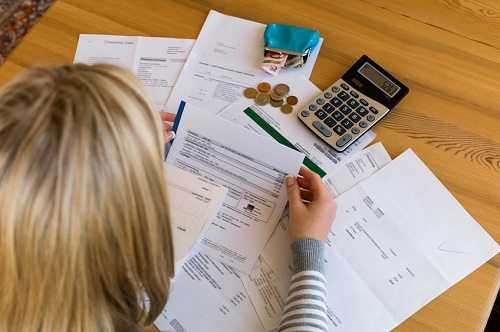 A credit score after bankruptcy can literally paralyze the ability to achieve important goals in life. Many people do not realize all the options available in order to achieve the ideal end, which is a healthy financial future. Before making a final decision about bankruptcy, consider the options carefully.

There are three options for people in financial hardship. The first is to ignore the bills and hope they will go away. That choice will never lead to a healthy financial situation. The second option is to file bankruptcy and the third is to find a way to pay off the bills. The latter two options are the only ways to realize success.

A bankruptcy takes seven years to cycle through a credit report. Throughout the seven-year period, creditors make their decisions based on the bankruptcy. That is a disadvantage in most cases. One of the advantages of bankruptcy is the credit score will be fresh after exactly seven years. The credit score resets to zero at that time. A clean slate is the best hope for securing financial health for those suffering bad credit issues.

The main disadvantage of filing a bankruptcy is that most creditors, for car loans and such, will not look at the bankruptcy as a low risk. Filing bankruptcy gives an appearance of avoiding responsibility. There are likely extenuating circumstances as to why a person might file bankruptcy. Most creditors will not concern themselves with those details. This is a very important consideration before filing. Credit scores after bankruptcy are at an all time low. This is a great time to restructure the handling of finances. Take advantage of the opportunity so financial ruin does not occur again.

Major difficulty occurs on a credit score after bankruptcy. The ability to obtain a home loan, for instance, will be non-existent. Bankruptcy is the proper action only if there is no chance of paying the debts off either now or in the future. If there is the slightest possibility of paying off the debt, it is far wiser to consider doing so.

Paying off the overdue bills is a double-edged sword. It can work as an advantage, but it can also cause a longer waiting period. There are several ways to pay off overdue bills even if the money is not currently available. Steps in the proper direction lead to a stronger sense of accomplishment.

The first option is to set up payment plans with the creditor. Creditors will have to wait longer to receive the money. This is preferable to not getting the money at all though. The alternative would be that they would lose the money altogether. For this reason, most creditors will accept a payment plan.

The second option is to pay off each bill as the money comes available. This requires setting up a budget. List the bills from lowest to highest or vice versa. The order chosen depends on the ability to pay the debt off quickly. Paying off the smaller debts first is a good choice. Doing so will eliminate some of the worry.

There are disadvantages of paying off debt as well. Debts remain on credit reports as long as there is activity on it. Therefore, creditors report it to the credit bureaus. This has an initial adverse affect on the credit rating, as the debt will show as previously delinquent. Making payments on the debt shows initiative in paying the debt off though. This works in the debtors favor when creditors view the credit score.

Creating a budget is the first step in paying off overdue bills. Budgeting keeps finances well organized which makes it easier to gain control over them. Consider the budget very carefully. The past due bills are just as important as the mortgage, utilities and car payments. Vigilance is necessary to realize success.

Sacrifice is vital in the process of reducing debt for a healthier financial life. Avoid purchasing unnecessary items. For instance, instead of buying a new music CD, pay more on a past due bill. Cut costs where possible. Making cuts in electric usage and grocery bills is a good starting point. Sacrifices are difficult to make. Looking back after the debts are paid off, the sacrifice is well worth the effort.

Progress will happen slowly at first. In fact, it may seem like an impossible task. Evidence that the debt is shrinking will occur. Shrinking bad debt is not an overnight venture. Depending on the size of the debt, it could take years to clear. The result is a good credit score with the ability to get credit for large purchases such as homes and cars.

It requires hard work and diligence to rise above a bad credit score after bankruptcy. Too many people give up far too soon because they get discouraged. That is why keeping a written budget is important. A written budget shows where the debt started and where it currently stands. Seeing the difference on paper is an encouragement to those who feel as though they are not scratching the surface. The debt did not appear overnight. It took a long time to build up. It takes the same amount of time and sometimes more to lower it. 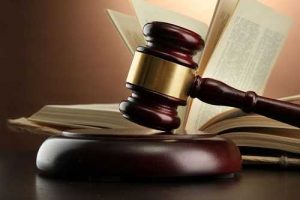 5 Things to Remember While Hiring A Bankruptcy Attorney