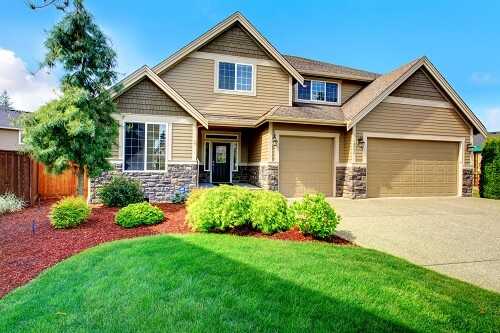 Stories about haunted houses are fairly common. Most people either believe they live in a haunted house, or know someone who does. However, actual hauntings are not as widespread as you might think. Most seemingly unexplainable occurrences have rational explanations. So how can you be sure whether your house is haunted or not? Read on to learn more about the kinds of phenomena that could have a paranormal cause.

Have you ever heard a noise that spooked you because you couldn’t find a rational explanation for it? Noises like someone walking on the floor above you when nobody else is home, strange murmurings, knocking, objects smashing on a floor, whispering, talking or even music that has no discernable origin could all be signs that there’s a paranormal entity in your home. However, in most cases the sounds that spook us have a rational explanation. For instance, old plumbing pipes in houses can make some rather terrifying noises in the dead of the night. Investigate all possible causes of any sound that freaks you out before you jump to any conclusions.

Have you been in a situation where you swear you left a drawer closed but you find it left open, or come into the living room to find the television blaring when you know you didn’t switch it on? Have you opened a door only to have it slam shut again as soon as your back is turned? Have you switched off a light as you left a room only to find it on again when you come back ten minutes later? These phenomena can be signs of a haunting. However, it could be argued that such situations are just the result of absent mindedness. Unless you are one hundred percent certain that you or another person did not leave the light on or the door open, there is probably no cause for concern.

Have you ever placed an object in its regular place after using it, only to find it missing when you want it later on? Have you looked high and low to find the missing object and been unsuccessful? Did the object you couldn’t find reappear in a noticeable place you would never have missed during your search? Some people believe that such occurrences can have a paranormal explanation. Skeptics usually attribute such situations to simple forgetfulness.

Have you ever seen a strange shadow or shape that was not caused by a person, pet or object in the room? Have you thought you saw a light or movement from the corner of your eye, only to find there was nothing there when you look directly? Unexplained shadows, light or movement could be a sign that your home is haunted. Such phenomena could also be the result of your mind playing tricks on you by looking for significance where there is none.

Have you ever notice that your dog or cat is focused on a certain area of the room, but when you look there is nothing there? Some people believe that cats and dogs are more sensitive to paranormal phenomena than human beings because their sixth sense is finely tuned. Dogs and cats definitely have very sensitive ears and noses, so they may be able to pick up on something a person would miss.

Usually when you feel as though someone is watching you, you are right. For instance, you could be sitting reading a book in the living room, and feel compelled to look up only to find your son or daughter has been looking at you. How would you feel if you looked up and there was nobody there watching you? If you enjoy watching paranormal TV shows and documentaries, you may have noticed that many people whose homes are or were allegedly haunted claim to have had a feeling of being watched. Of course, feeling watched doesn’t necessarily mean that your house is haunted. It could just be the result of an over-active imagination. However, if the feeling always occurs in a certain area of your home, it may be caused by a spirit or entity.

Have you ever seen the television turn on automatically? Have you watched plates fly through the air? Have you witnessed drawers or doors opening and closing? Have you watched furniture move across a room? Have you felt someone sit down on the sofa next to you, or noticed your bed shake on its own? These are all examples of psychokinetic phenomena. Psychokinetic phenomena are indicative of an acute haunting. Skeptics struggle to find a ration explanation for such occurrences.

You might have noticed that paranormal investigators who visit haunted locations on TV shows often talk about finding cold spots in a room. Some people believe that cold spots or radical temperature changes with no apparent cause are indicative of paranormal activity. Are there unnaturally cold places in your home? If so, it could be evidence of a haunting. Once again, you should look for rational explanations for the temperature change before you decide that your house is haunted.

Some people believe that unfamiliar odors in a home can be attributed to paranormal activity. For instance, someone whose home is haunted might smell the odor of burning pipe tobacco in their home despite the fact that nobody smokes. You might also smell cologne that nobody wears, or bread baking when the oven is turned off. If you smell an odor and you cannot place the origin, try to rule out natural explanations. A cooking smell, for example, could be wafting in through your window from your neighbor’s home.

Have you ever felt someone touch you on the arm, hair, leg or shoulder only to find there was nobody there? Have you ever been poked, shoved, brushed against or prodded by something unseen? Has something or someone grabbed at your clothes so that you couldn’t move freely? Have you suddenly felt an unexplainable pain and then noticed bites, scratches or bruises on your body? Paranormal phenomena that involve being physically touched by something unseen are more frightening and physically dangerous than the rest. Fortunately such occurrences are also very rare.

Most hauntings do not involve sightings of physical manifestations or entities. However, some people have reported seeing ghostly shapes or figures. The entity may appear as a vague mist, it could be partially transparent, or it might be as solid and opaque as a human being. Physical manifestations of entities may suddenly disappear before your very eyes, or gradually fade from view.

Do you have these signs at your house? If yes, tell us about it.