I have been a practicing graphoanalyst for over twenty-five years, receiving a Master’s Certification from the Institute for Graphoanalysis in Chicago, Illinois. Yet with all that study, the fascinating aspects that handwriting reveals never fail to bring me a sense of both awe and inspiration.

Just twenty years ago an entire industry existed that focused on how well handwriting revealed personality. France, Belgium, Switzerland, Germany, and Israel, among other countries, still accept handwriting as a useful tool in profiling people for job applications. The U.S. government recognizes handwriting analysis as one of many psychological tools.

The impact of computers and the proliferation of email, blogs, and social media have meant that now many people use longhand only for quick notes and signing documents, and not a whole lot more. In addition, most people complain that their handwriting is illegible and so they prefer to type.

The truth is, to a handwriting analyst, no one’s handwriting is illegible, for the analysis deals with the strokes that create the letters, and these have considerable variety. Handwriting analysis is not a predictive tool of what people will do, but it describes very well how they approach life, what they worry about most, and how they see everything from politics to child-raising to their life purpose.

How does this all work? It is not magic. It is science, and an accredited handwriting analyst can use graphs, charts, and skills honed over many years to give you a personality assessment that helps you define your inclinations, tendencies, preferences, and your most valued ambitions.

For the most part, television shows get it wrong when it comes to handwriting analysis, including shows that purport to use FBI criteria. The same is true for articles in popular magazines and online blogs. People draw conclusions based on impressions and assumptions that have nothing to do with the real significance of the strokes, lines, loops, and spaces that fill your handwriting.

You can’t tell age or gender from handwriting, for example. But the graphoanalyst can determine the receptivity people have to relationships, what shapes their outlook, whether they are a pessimist or optimist, how much will power they have, whether they procrastinate all the time or stay the course, whether they like crowds or solitude, enjoy the theater or prefer sports, embrace change or resist it, and much more.

Some people call handwriting analysis “graphology.” I use the term graphoanalysis because of my training and because for me it offers a more incisive attention to the art and science of handwriting. Done by a qualified analyst, the average profile of a personality can run to six double-spaced typewritten pages.

The analysis itself can take between five and eight hours. While a skilled graphoanalyst can certainly give a five-minute assessment of a person’s’ major characteristics on seeing a sample of their handwriting, usually a signature, this assessment is too general and its results can apply to many people. (A signature shows who the person wants to be and how they want to appear to the outside world.) 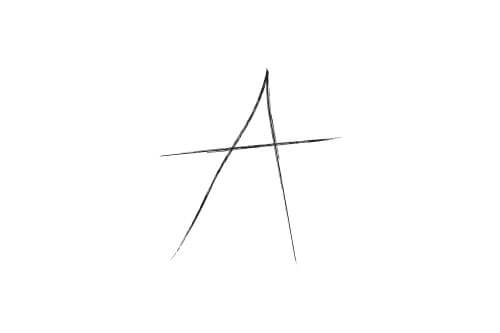 That is why forgers have such a hard time of it – it is impossible to truly imitate with a flowing line someone’s else’s writing. Forgers have to draw the signature they want to mimic, and under a magnifying glass you can detect the tiny blots of ink that indicate the drawing has been started or stopped in stages. Also, no one writes their own signature the same way twice.

Write your name a few times. You will see small differences every time. If two signatures show up that are identical, forensic analysis – also called document analysis – can determine which one is fake. One of them has to be!

Personality profiling is a different category of analysis. Whether you write in cursive or print, use your left or right hand, and even when you attempt to disguise your handwriting, your own unique collection of traits, tendencies, and characteristics will still show up.

Slant and depth of writing

Slant and depth of writing are the two indicators that graphoanalysts look at first, because they are immediately revealing. Typical slants are left, up and down, and right, with numerous degrees of all three. The slant of your writing is so much a part of your personality that if you attempt to deliberately change it, you will likely experience physical symptoms that can include headaches or nausea.

Take a dry pen and use it to trace several times over the handwriting of someone whose slant is opposite to your own. It gives you a quick idea. You sense the presence of traits and even emotions that you don’t have – they belong to the person who wrote the sample.

Depth refers to how heavy your stroke is on the paper. It indicates the average strength of your emotions and reactions and how you process both.

More: How to Combat Writer’s Block

Traits are neutral until they are viewed in context. One good example of this can be shown with the trait of stubbornness. This is usually indicated by a tent-like formation of the t-stem.

But is it a stubbornness that carries the writer onward to succeed at a goal, to persist in spite of obstacles, or is it a stubbornness that the writer uses to stay fixed in one place, digging his or her heels in against any and all change? Only by reviewing the handwriting as a whole can that be determined. Someone who is stubborn in a way that is potentially beneficial could also show traits signifying tenacity and ambition, for example.

Yet even as I describe those aspects, the degree to which they exist in the personality can only be evaluated after looking at 250 other stroke formations in the handwriting. That’s what takes awhile in the analysis – finding the interconnections, and validating them, letter to letter, stroke to stroke.

For example, if you only cross the t once low on the stem but the rest of the t-crossings rise high, then some aspect of the personality is expressing a material sensibility, but that trait is not running the show – your drive and imagination are. What else in the handwriting supports this? It could be the spacing between words or its lack, the way you make your “l” or g” – the analysis is an intricate puzzle that in the end becomes a flowing portrait of a complex individual. 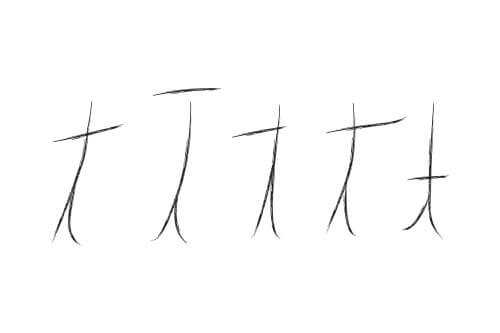 Another example exists in how you write your m, n, u, v, and w. Do they resemble each other? In a pinch can someone tell them apart, or do they have to think about what letter they are looking at?

The handwriting analyst will look at the stroke in each case and compare them all together. In the scan below, the letters are d and w. Notice they have a similarity in the stroke for the upward curve. This designates a literary bent, one that a full analysis will often show is formative in the personality. 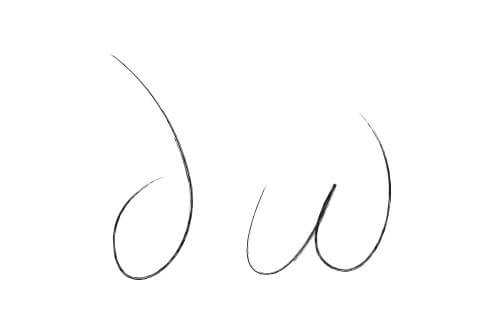 Handwriting analysis is a portal into the traits and tendencies that help define our personalities. I have seen my own handwriting change over time – it shifts for all of us according to life events and our outlook.

Some changes are signaled by strokes that appear suddenly overnight, others appear gradually. But each one always reflects who we are, and our life journey.

6 Tips for Dealing with the Death of a Parent