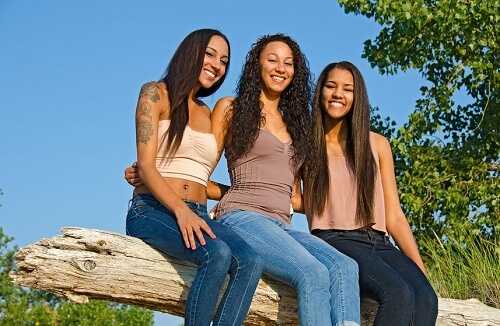 For thousands of years human beings have adorned their bodies through tattooing. The temporary discomfort that is experienced is nothing when compared with having a permanent piece of art work displayed on one’s skin. In a way, it’s almost akin to given birth to a child. Soon after the baby is born, the mother forgets all about the pain and starts to think about having another baby. The same phenomenon happens to most people when they get their first tattoo. When witness to the final product, the pain is soon forgotten and the person starts thinking about getting their next tattoo.

The decision to get that first tattoo is one that should always be given much extensive thought. As costly and painful as it is to get a tattoo applied, getting it removed is much more expensive. Whether someone is going through a significant period in his or her life and he or she wants to get a tattoo to mark the event, or the person has an affinity for a particular design, careful consideration should be given to who will perform the procedure as well as where the tattoo will be placed.

Researching a tattoo artist is one of the easiest things to do nowadays. If someone is unsure of the person he or she wants to use, chances are one of his or her friends or acquaintances has a tattoo and can recommend someone. If not, most reputable tattoo artists will have a book of the designs they’ve done, so potential customers can assess how good the person is at his or her job. Visiting a tattoo shop and asking how the instruments are sterilized is also a wise idea. Making sure they follow the proper procedures will help to ensure that no diseases are transmitted and will cut down on the chance of a new tattoo becoming infected.

Usually, placing a tattoo in an easily covered location works better for people who have to consider their profession and whether or not it’s acceptable to have a tattoo. If you have someone who’s a doctor, chances are he or she won’t have tattoos running up and down his or her neck. When comparing it to an individual who is in an artistic profession, chances are society would accept it more from this type of person. The other advantage to getting a tattoo in an easily covered place on your body would be you could choose to cover it or show it whenever you wanted.

2. Choose area of the body

Anticipating that some pain will be involved is the most realistic approach to take. Some areas of the body have more nerve endings than others, so consequently more pain will be involved. Also, every person has his or her own pain threshold, so what one person considers painful, someone else might not be bothered by it as much. Most of the time, a person will get a stinging sensation from the area being worked on.

Deep breathing and relaxing while having a tattoo applied is probably a much better idea than drinking a few alcoholic drinks for several reasons. Drinking increases the chance a person will bleed more while getting tattooed and if someone is intoxicated he or she won’t be thinking clearly and might not be able to communicate what he or she wants in the most effective way. Being able to sit perfectly still during a tattoo session is also essential for the tattoo artist to be able to work. If the person being tattooed is drunk it’s harder to do this.

4. Take care about your tattoo

Once the tattooing is done, it’s up to the recipient to take care of it, so it doesn’t become infected and it heals properly. A tattoo is essentially a wound and it must be cared for. Applying either A & D Ointment or a product specially formulated for tattoos, such as Tattoo Goo, several times a day will protect it. Exposing the tattoo to chlorine soon after getting it might bleach out the color, so it’s important to avoid swimming for several weeks after getting one. Sitting in hot bathtubs is also not recommended, because it might lead to an infection.

After about a week, the top layer of skin will start to flake away. Think of it like a sunburn peeling. Continue applying ointment to the tattoo until the flaking stops and never pick at the flaking skin, because it could pull off too much skin and color out of the tattoo.

Making the decision to get a tattoo is not something everyone wishes to do, nor is it for someone who has a fear of needles. For individuals who want to make a statement or show the world they are a unique person, there is no better way than getting a unique piece of artwork permanently inked into his or her skin. The best advice for anyone contemplating getting a tattoo is to pick something he or she is going to love for years to come and that the person won’t regret having when he or she is much older.

How to Monetize Your Blog

10 Ways to Exercise Despite the Heat