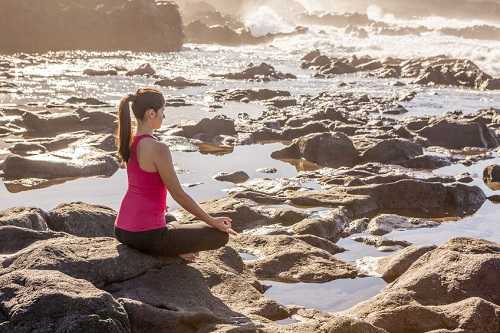 Qi is an ancient Chinese concept that most people have probably heard of before. It is often thought of as a sort of life force or energy, something that permeates everything but which cannot really be grasped. Beyond these numinous conceptions, it is hard to pin down any sort of concrete definition of qi.

However, difficulty in defining qi should not be viewed as a problem for those who want to understand what it really is. Qi, being a kind of energy which exists both inside and beyond everything, is necessarily beyond any words we could hope to assign to it. Nevertheless, there are some things which can be said in an effort to get at an intuitive understanding of qi.

Qi is best described as a primordial breath

Qi, in as few words as possible, is best described as a primordial breath. It is primordial not so much because it is older than everything else, but because it is from qi that the potential of all things is perpetually originating. Qi can also be thought of as a breath because it is manifest in all shapes and beings, and it is the energy that connects everything. Beings are paradoxically both animated by qi, and return to qi once they disappear.

Yin and yang both come from qi

It would be incorrect to think of qi as strictly a spiritual sort of energy. It is instead all-encompassing, both in the spiritual and physical realm. Most people are familiar with the concept of ying and yang. Yin and yang both ultimately come from qi. Yang is the lighter breath of qi which creates heaven, while yin is the heavier breath and creates earth.

Yang, being lighter, represents movement, positivity, creativity, and light. Yin, on the other hand, represents darkness, receptiveness, limits, stillness, and negativity. It would be a mistake, however, to take the negativity of yin as some sort of lack or moral failing.

Yin is a crucial component of the cosmos, an equal partner to yang, representing the power to receive. The active component of yang would be nothing without the yin on which to act. Together, these two opposites represent the balance and harmony of the cosmos as a whole, of the all-pervading, primordial energy of qi.

10 Best Ways to Get Rid of a Pimple

10 Ways to Appear More Interesting in the Eyes of ...