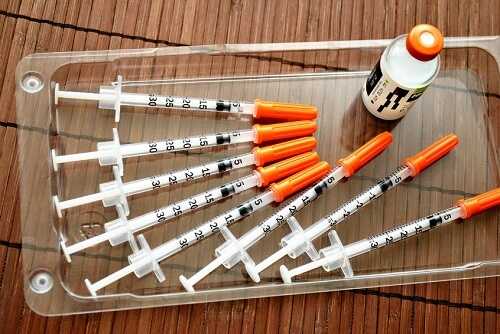 The term insulin resistance refers to a condition in which the body’s cells develop an inability to respond to the effects of insulin, a substance naturally produced by cells in the pancreas that plays an essential role in the breakdown of sugars, starches, proteins and fats. When one’s cells become resistant to insulin, the body cannot process these foods properly, resulting in excess levels of glucose and other substances.

Unfortunately, insulin resistance can affect one’s body for quite some time without causing any detectable symptoms at all. Considering its veiled nature, anyone with an increased risk of developing insulin resistance, such as a family history of the condition, pregnancy or obesity, must maintain keen awareness of any possible signs. The main symptoms for which to remain vigilant include darkening of the skin around one’s neck, knuckles, knees, elbows and armpits, and the growth of skin lesions commonly known as skin tags, which resemble moles but typically remain the same color as the flesh surrounding them.

Insulin resistance often occurs as a stage of pre-diabetes. A patient with pre-diabetes has heightened blood glucose levels, but not excessive enough to render the patient diabetic. Generally those with pre-diabetes develop type 2 diabetes as opposed to type 1. Type 2 diabetes is a condition in which the body no longer properly responds to insulin, while type 1 diabetics suffer from insufficient or complete lack of natural insulin production.
Someone with insulin resistance possesses a high likelihood of developing type 2 diabetes within 10 years, and often much sooner depending on factors such as the severity of the resistance and the patient’s weight. In 2007, the United States Department of Health and Human Services stated that approximately one out of every four Americans over 20 years old had pre-diabetes at the time of their study.
Doctors use a blood glucose test for diagnosing both insulin resistance and pre-diabetes. They will often instruct the patient to fast for a certain amount of hours before the blood test; this is referred to as a fasting glucose test. In addition, doctors might also administer a glucose tolerance test after the fasting test. The glucose tolerance test requires the patient to drink a sugar solution and then undergo a blood test approximately two hours afterward. The doctor then measures how quickly and effectively the body breaks down the glucose from the consumed liquid.

Several hereditary and health-related factors can cause a person to have a greater risk for developing insulin resistance or full diabetes. These include obesity, family history of such issues, living a sedentary and inactive lifestyle, having a condition called polycystic ovary syndrome, in which cysts develop on the ovaries and multiply over time, high blood pressure, being over 45 years of age, having low good cholesterol or high bad cholesterol, developing diabetes while pregnant and also being of African American, Alaskan, Asian, Hispanic, American Indian or Pacific Islander ethnicity.

Other Conditions Caused by Insulin Resistance

Consult with a Doctor

Anyone affected with one or more of the risk factors for insulin resistance should consult with his or her doctor on a regular basis. The doctor may administer a yearly blood glucose test, place the patient on a diet or exercise program, prescribe certain medications to control issues such as blood pressure or simply educate the patient on what he or she needs to monitor in regard to his or her individual situation.