George Timothy Clooney was born in May 6, 1961 Lexington, Kentucky, U.S. Hes the sexiest and one of the most talent actor all around the world! He starred in more than sixty films, but he has a producer, director and screenwriter ability too.
A lot of women were charmed by them, but no one can take his heart for a long time. He has been married for 3 years. Clooneys choice was Talia Balsam. 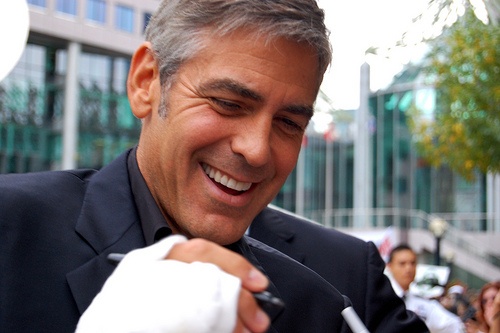 He also was in a relationship with Julia Roberts, Renee Zellweger, Kelly Preston and lots of other. His last romance was with Elisabetta Canalis, but the wedding has not happened.
He was awarded lots of times, and Im sure he deserved it!

So, lets congratulate this attractive and talented man with his 50th birthday! We wish you more awards and beautiful and smart women nearby! Happy Birthday, George!

10 Great Things to Do This Summer