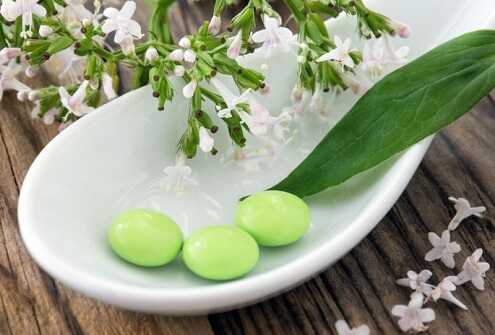 Although Paracelsus stated that “what makes a man ill also cures him” in the 16th century, the school of thought known as homeopathy was not developed until the turn of the 19th century by Samuel Hahnemann, a German physician. Just five years after gaining his doctoral degree from the University of Erlangen in 1779, Hahnemann concluded that the traditional medicinal practices of his day were not treating all the symptoms that patients were suffering with, both mentally and physically, and decided to pursue a better way to diagnose and treat patients. While doing translation work on William Cullen’s ‘A Treatise on the Materia Medica’, Hahnemann found evidence presented that the astringent properties of Cinchona aided in its effective treatment of malaria. However, Hahnemann knew that other astringents did not aide in the cure of malaria and sought to find the true reason that Cinchona was effective against this disease.

Hahnemann, being a healthy individual, began testing Cinchona on himself to see what effects it would have on a healthy person. Finding that the self-treatments produced symptoms that were strikingly similar to those of malaria, Hahnemann deduced the basic theory that like cures like and believed that whatever will create a set of symptoms in a healthy person will treat a sick person that is showing similar symptoms.

With this basic principle in place, Hahnemann went on to begin testing the effects of many different plants and substances on himself and several others, and through this process was able to gain a basic understanding of what symptoms these substances would create in healthy individuals. Hahnemann also began testing diluted substances and found that these concoctions would also produce the same symptoms in healthy individuals and at the same time was still an effective treatment for those with an ailment producing similar symptoms.

Today the various homeopathic remedies number in excess of 3,000 and are used in both humans and animals. While modern research does not support all of the claims that homeopathic medicine makes, there are millions of people around the world that believe in homeopathic treatment. Many countries require college degrees to be able to personally treat and prescribe a homeopathic treatment, but many countries also allow for treatments to be sold over the counter and bought at the consumer’s discretion.

Many individuals prefer getting a homeopathic treatment rather than seeking the treatment of a conventional doctor as homeopathic medicine is more focused on treating all aspects of the condition as well as taking into consideration the mental and physical state of the patient. Homeopathy recognizes that having a proper mental state is just as important as having a proper physical state and because of this has drawn more patients who are seeking whole body care for all the ailments they are suffering from. Homeopathy is often described as a treatment of the vital force of life, a process that is separate from the chemical process that take place within the body.

Treatments are available at most up-scale grocers and any local health food or herbal shop will also carry treatments. Most treatments will list what they are effective in treating and some basic research can reveal the best course of treatment for a specific ailment. There are several publications available, including journals, books, and encyclopedias, that detail the different treatments recommended for several common ailments and keeping one of these publications on hand is recommended for anyone who regularly uses homeopathy to treat common ailments. While there are many ailments that can be successfully treated at home with a homeopathic remedy, there are chronic diseases that homeopathy has recognized as being unable to treat and for these conditions seeing a professional homeopathic doctor is recommended to determine the underlying cause of the specific ailment. In many homeopathic communities, there is a rift over the treatments for chronic conditions as many believe that seeing a traditional medical doctor is the proper course of action in treatment at this point, while others believe that a deep disturbance in the balance of life force of the individual is at hand and must be dealt with before total relief from the symptoms will occur.

Human Growth Hormone and the Effects of Aging

4 Science Centers for Families With Kids