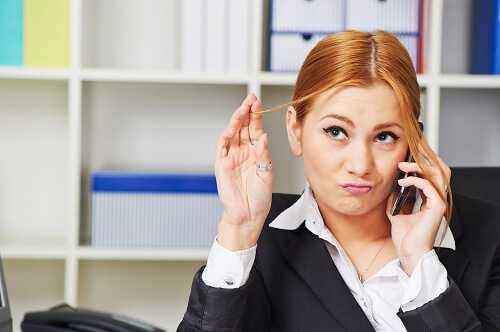 Have you ever asked anyone for their opinion on one of your personal endeavors? For instance, you may have asked someone to give their opinion on a song you wrote, or a picture you painted. If you ask someone else for their feedback, then you must be willing to accept any negative opinions you might hear. The truth is that it’s hard to hear or read negative feedback about your work. Hearing a negative opinion of your work can easily knock your self-esteem and make you feel inept. Yet many renowned artists, writers and entrepreneurs have succeeded despite hearing or reading harsh criticism. So how do you learn to take negative feedback without getting upset about it?

1. Only You Are Emotionally Attached to Your Work

When you produce a new piece of work, it is natural to feel proud of it. Even finishing a mundane task like staining a fence feels emotionally satisfying. The more work you put into your project, the prouder you will feel of it. The person you ask to evaluate your work does not feel the same emotional attachment that you do. You have asked them for their opinion, and they have given it. They have not spent hours on the work like you have. Hence their opinion is objective. Instead of getting upset by negative feedback, try to look at your work through the eyes of someone who has no reason to care about it the way you do.

2. Most People Aren’t Being Spiteful

If someone gives a negative opinion of your work, it is very easy to assume that they are just being mean. However, most people do not offer a negative opinion with malicious intent. Most people give negative feedback with the intention of helping you improve. People who give negative feedback for good reasons will usually have at least one positive thing to say about your work because they do not intend to offend you. Instead, they want you to reach your full potential. If they thought your work was entirely terrible, they probably wouldn’t care enough about it to offer an opinion at all.

When someone gives constructive criticism of your work, you can turn a negative into a positive if you approach it with the right mindset. Imagine, for example, that someone criticizes a short story you have written by saying it isn’t descriptive enough. You could react by telling yourself that you don’t have a good enough imagination to write a good short story, but that would only damage your self-worth. The better option in this situation would be to make your story descriptive by including more adjectives. When you make positive use of negative criticism, you might just find that you can achieve greater things than you ever imagined.

Although most people aren’t being malicious when they criticize your work, there are always exceptions to every rule. Certain people get a malicious kick out of making other people feel bad, and they criticize because they want you to fail, probably because they themselves have never succeeded. You can usually tell a hater because he or she will not say or write anything positive about your work. Instead, their criticism will be entirely negative and meanly worded. If you should come across hateful criticism, your best option is to ignore it. Focus instead on constructive criticism given by those people who only wish you the best.

Is Stress Making You Fat?